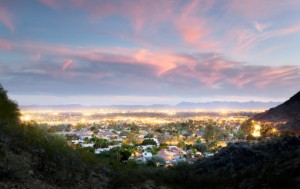 In 2012, over 30% of all Phoenix home sales were foreclosures. The number is 34% to be exact, and according to real estate information service RealtyTrac, this is a 26% drop from the previous year.

According to a recent report, close to 65,000 Arizona homes sold last year while they were in some stage of the foreclosure process. With an average sales price of $142,000, these homes were sold at a 23% discount from regularly priced homes. In addition to foreclosures, another 19% of homes sold were short sales. These are situations where a home owner’s bank agrees to accept less than what they owe on the mortgage.

The numbers are a vast improvement over 2011, and have many experts agreeing that Arizona’s housing recovery is finally underway. After years of record foreclosures, mortgage delinquencies finally have dropped to levels that are commensurate with the rest of the country. In fact, Arizona marked the biggest decline in loan delinquencies in the country last year. According to TransUnion, a credit reporting agency, Arizona’s rate is now slightly less than the national average. Florida now tops the nation, followed by Nevada, New Jersey, and Maryland.

Tim Martin, group vice president for U.S. housing in TransUnion’s financial-services unit, said, “The national mortgage-delinquency rate experienced its largest yearly decline since the conclusion of the recession, though we still remain far above normal levels.”

The report states that delinquent Arizona mortgages that were 60 days or more past due dropped to 5.18% in the fourth quarter of 2012 from 7.5% the previous year. Across the country, past-due mortgages decreased from 5.41% to 5.19% respectively.

Martin adds, “The declines in the mortgage-delinquency rate will likely be muted for the foreseeable future as the foreclosure process in some states can take more than 1,000 days.”

There are so many reasons to consider becoming a Phoenix home owner. If you need assistance navigating the Phoenix real estate market, feel free to contact me today.