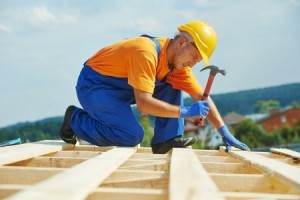 With the previous housing crisis came the decrease of homes sold, built and bought. It affected the amount of new construction started overall and left a large number of individuals without employment. Those same construction workers who needed to find work at the time did not all return to the construction field when the crisis had passed, leaving the housing market with a need for qualified people.

Fast forward to today when Arizona sent delegations to Washington D.C. to argue against plans to change current immigration laws in the U.S. Andy Warren, the CEO of Marcay homes.  While he appreciates the work done thus far, he does not believe the current proposals will do enough to assist the construction industry.

Currently, there is a call for 6000 visas to be distributed nationwide for the construction workers need, with a final cap at 15,000. Warren feels these numbers do not accurately reflect the needs of the country currently or in the future. “Fifteen-thousand guest workers for the nation’s growing construction industry is ridiculous,” Warren said. “That’s not enough workers to handle the building needs for one state, let alone a county.”

“I don’t believe there should be a cap on the number of guest construction workers under the immigration-reform plan,” said Warren, who is also on the board of the Greater Phoenix Economic Council. “There are no caps on hospitality, agriculture or manufacturing workers in the proposed plan.”

As of right now Arizona has approximately 120,000 workers in the construction field. Those numbers still are not enough to assist the recovering housing market in Phoenix. The major reason being that the skilled workers available for current projects are at lower levels than before. Between the housing crisis and the SB 1070 bill Arizona was on the losing end. Hundreds of thousands of workers were reported to have moved to other states or back to Mexico and Central America to provide for their families and avoid prosecution.