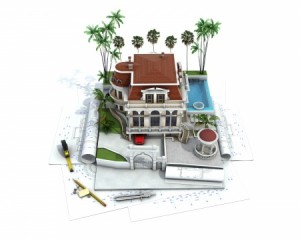 In July, at least 40% of homes in the U.S. that were sold were purchased as cash sales, which is a jump from 31% in the year prior, as reported in recent data. One of the major influences driving the cash sales were rising interest rates according to RealtyTrac, a real estate data company.  Additionally, investors see the opportunity in markets and make their purchases in cash rather than using a mortgage lender.  RealtyTrac has reported that institutional investing that is seeing higher levels, rather than the traditional sale as a primary residence was a large contributor in many states affected.  The majority of homes where cash sales dominated were hit hard by the previous housing market, such as Arizona.

Some states have more cash purchases than others, and Arizona is number 7 on the list. In Arizona, 47.8 % of sales were cash, with the average price being $192,000 which is the 22nd highest in the nation. Institutional investing is third highest across the nation at 14.6%.  In July of 2013, fifteen percent of all properties available for sale were purchased by investors. This is higher than all but two other states. While this number seems high, it actually is down from numbers in Arizona a year prior. In Arizona there were a number of factors that influenced cash sales. Over 17 % of all homes purchased were bank owned, which again is one of the highest in the nation. Additionally, 18% of sales were short sales, which demonstrated one of the highest numbers as well nationwide.

Arizona has seen a rapid recovery in the housing market. While investor sales have slowed  to some degree, Arizona still dominates the market in cash sales overall.