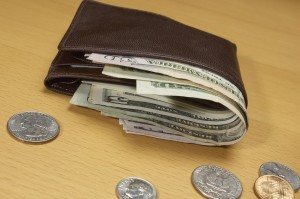 Across the nation, the number of mortgage holders who have been delinquent in their mortgage payments has decreased over the past year. In Arizona, the recovery of the housing market has been aided in part through Arizona mortgage holders making more payments on time than many other parts of the country.  In a study conducted by Trans-Union credit-bureau it has been reported that in the time period of April through June, the number of homeowners with past due loans has dropped the most in Arizona as compared to other states. In the fourth quarter of 2009, Arizona saw a high in delinquent mortgages at a rate of 11.33 percent. Comparatively, the amount of delinquencies in Arizona dropped sharply in the second quarter of 2012 to 6.14 percent. The numbers reflect an overall decline over the past 12 months that dwarfs other areas in the U.S.   Arizona, at this time, is below the previous average of a year ago at 4.09 having dropped a half-point from the rate of 5.49 percent.

The numbers further support the economic recovery that Arizona has experienced as a whole following the previous housing crisis. “Improving house prices and low-interest rates have helped some homeowners across the country refinance or sell their way out of mortgage payments they were having difficulty affording,” said Tim Martin, a group vice president tracking U.S. housing in TransUnion’s financial-services unit. This has been especially evident in Arizona and the rapid rate of recovery seen in all areas. As the number of homeowners able to make their mortgage payments on time increases, chances are Arizona will continue to lead the way in all areas of mortgage recovery.