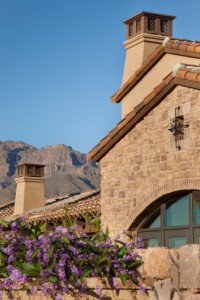 Real estate trends were the topics of the day at the eight annual Arizona Trends Day on February 12th in downtown Phoenix. The consensus was that the state’s real estate market is picking up across the board, in all regions, in both residential and commercial areas. However, it was not projected to be a boom in the industry as the nation’s overall economic outlooks are still improving. This steady growth presents itself as a potential control against any out of control speculation. It also suggests that with an expected boom still a few years away, now could be the best time to consider purchasing a home in McCormick Ranch, Arcadia, Desert Ridge or Kierland.

The event was sponsored by the Urban Land Institute and featured local economists John Lucking and Elliott Pollack. They described the economic recovery as a “mixed bag” of pros and cons. Their type of real-world economic profiling was then assimilated into projections for Arizona housing market. While the country’s debt load, employment, consumer confidence and gross domestic product have improved, progress is still moving a little deliberately, which could take some to exert any ripple effects here in Arizona and major metropolitans centers like Phoenix. Of course, the forecast does have a number of silver linings, including the fact that after ranking 49th in job growth between 2006 and 2009, Arizona has climbed back to the fifth spot, according to Pollack.

This has helped reignite the local housing market, he added. Distressed inventory, foreclosure notices and pending foreclosures have dropped significantly, while home prices and re-sales have soared but are still far from the pre-recession levels. In other words, for the patient home buyer looking into the long-term, right now might be the best time to buy a home in Arizona, particularly in desirable areas like McCormick Ranch, Arcadia, Desert Ridge, Kierland and the greater Scottsdale and Phoenix areas. If you’d like to hear about some of the amazing homes for sale in these areas, just contact me today.