Arizona Residents and the Loss of Homeownership 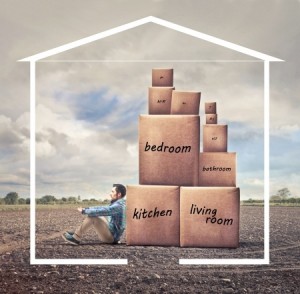 Studies conducted after the housing market experienced its crash all demonstrate that Phoenix and the surrounding areas were at the epicenter of the housing crisis. Arizona areas all posted some of the biggest declines in homeownership rates in the last few years.

The National Census Bureau has released data showing that the Phoenix Metro area demonstrated slightly elevated rates of homeownership from 2007-2009 and slightly decreased average rates from 2010-2012. Metro Phoenix was hit the hardest where homeownership dropped from 67.3 percent to 62.9 percent during that timeframe. There was a 4.4 percent decrease which was one of the largest reversals of ownership seen across the country being surpassed only by Las Vegas.  Maricopa County became the county in first place for demonstration of deterioration of homeownership.  Due to the high number of home losses in Pima County as well, Arizona pushed past Nevada for largest loss in ownership overall.

Arizona homeowners were also among some of those hit hardest in the area of loss of home values. Homes in the Phoenix market lost on average 32 percent of their overall value causing them to rank third nationally among metro areas.  Foreclosures were at a high having affected over 200,000 homes across the Valley. Over half of these homes were taken back by lenders and later turned into rental properties.  Tom Ruff, real-estate analyst with the Arizona Regional Multiple Listing Service’s Information Market group, said in that climate, homeownership was doomed to tumble.

The good news is that the hard hit of the past has led to a rapidly returning housing market, and more buyers are getting the opportunity again to become homeowners in Arizona.