Beer, The $1 Billion Industry in Arizona 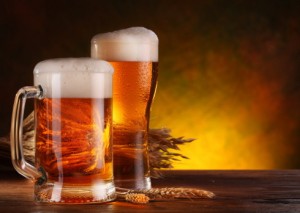 When most people think of Arizona, beer isn’t the first thing that comes to mind. But being that it’s a $1 billion industry in the state, Arizona is actually tied with Missouri for 14th place in terms of the bubbly brew's statewide economic impact.

According to a new report from the National Beer Wholesalers Association, “Arizona’s beer distributors directly employ 2,881 and have an impact on an additional 7,284 jobs.” In addition to local and regional craft beers, one of Anheuser-Busch’s distributors, Hensley Beverage Co., is located right here in Phoenix. In 2011, Hensley had revenues of $340 million and employed close to 700 Valley residents.

Bill Latham of the Applied Business & Economic Research at the University of Delaware, who produced the report for the NBWA, said, “The beer distribution sector is a hidden gem that has been tremendously undervalued in previous economic reports.”

In Arizona, beer distributor activities contribute more than $242 million to the federal, state and local tax bases, and are separate from an additional $218 million in federal, state and local alcohol excise and consumption taxes on beer sold in the state. Each year, the Arizona beer distribution industry contributes more than $535 million in transportation efficiencies as well.

Perhaps not surprisingly, Texas distributors had the highest economic impact in the nation with $6.3 billion, followed by California’s $5.2 billion and New York’s $3.5 billion. Around the country, beer distributors are responsible for more than 345,000 jobs.

For more information about the Phoenix real estate market, please contact me. I specialize in Phoenix homes and would love to assist you with your search.