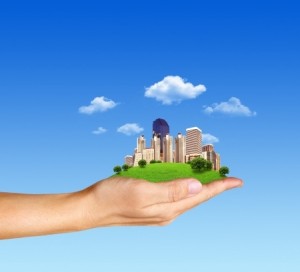 While the suburbs are still a top choice, communities that are more densely populated are growing each year. Homebuyers who favor a more convenient trip to work, and shopping right outside their front door are becoming popular compared to spaces with larger neighborhoods, but longer commutes. In the past two years, the National Association of Realtors have surveyed people and found that attitudes have changed significantly favoring communities that offer a more urban feel. Since 2011, the desirability of a “walkable” area for work and play has gained steady acceptance and popularity.

In Arizona places such as City North in Desert Ridge as well as the Kierland Commons area have both become more sought after. In 2011 61 percent of people favored suburban communities when purchasing a home. Today, only 55 percent prefer communities in the urban areas. These numbers are almost a reversal from 2011.

One of the main draws for these types of city dwelling is due to the preference of smaller communities, a common theme among urban living. In 2011, only 19 percent of all surveyed through the NAR indicated a preference for urban living compared to 28 percent when surveyed today in 2013, a sharp increase in the past two years. Having a home in a socially dynamic area was cited as a major reason individuals were leaning more towards these types of communities as well. Many buyers indicated a desire to be in the center of the action as opposed to away from the city scene. New communities in Kierland Commons as well as Desert Ridge both offer the ability to live in an area that is definitively more urban than the common suburban housing options.