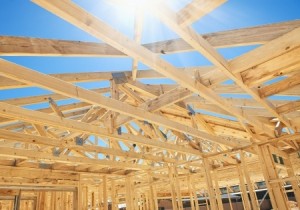 Overall, U.S. spending in the area of new construction has risen and the activity level is the highest it has been in over four years.  In August, construction spending increased 0.6 percent comparative to July which saw gains of 1.4 percent. Both are strong numbers and demonstrate a rapid increase in this area of spending. In the Phoenix market, the number of projects, both commercial and residential, has also increased in numbers.  Total construction rose at its fastest pace since April of 2009. The gains seen in August reflect a 1.2 percent increase in housing activity and a 0.1 percent gain in non-residential construction.

Compared to a year ago, total construction has seen increases of over 7 percent with residential activity on the upswing of 18.7 percent. The recovery of the housing market in Phoenix has encouraged economic growth and created new jobs in the construction field.  For an area that was hard hit by the housing crisis these new figures are positive ones for the community as a whole. With these increases in construction supporting both the economy and workforce of the Phoenix area, even increases in mortgage rates are not having a negative effect on construction spending.

Hand in hand with the increase in spending are new design programs to customize your home. Just recently Shea Homes released their new program Shea3D. This interactive program allows homebuyers the ability to truly customize the home they build. Home buyers can design walls, customize all elements and perfectly match the lifestyle of the homeowner. For the first time in years renewed and increased construction spending have revived the construction industry in Arizona.