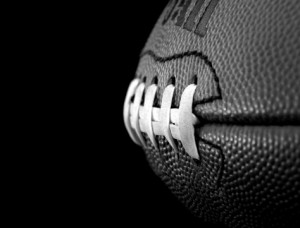 If you are a fan of Arizona’s football franchise, Glendale may soon be augmenting their NFL presence. The Glendale City Council is working on a proposal that would bring the Arizona Cardinals’ summer practice program to the city. The University of Phoenix Stadium would provide the home for the Cardinals’ offseason and preseason training sessions. The Cardinals have been working out in Flagstaff at Northern Arizona University for the past 24 years, so this would be a major change for the franchise, not to mention a major boon to the local economy and interest of the team’s fandom.

The decision seems like it will be made quickly as proposals were due to be completed and submitted on December 7. Those proposals will include potential costs and potential profits from hosting the Cardinals’ preseason activities. Any why not? Seasonal practice facilities - and the cities and towns that host them - have reaped the economic awards and increased reputation and awareness for their communities in every professional sport. So it should not surprise anyone that the Council is being very bullish on bringing the Cardinals to town. Put succinctly, when asked about their ambitions, Councilman Manny Martinez replied: “Nothing to lose.”

However, this isn’t a plug-and-play scenario. More details will need to be worked out, such as augmentations to the facility, projections for hotel availability, security, trash collection and community impact. But all signs point to a beneficial outcome should Glendale be chosen: Flagstaff generates about $10 million in positive economic effect from hosting the Cardinals’ offseason. This is in addition to the current regular season activities and special events like the Fiesta Bowl Glendale has been proud to host for years.

From our standpoint, it would just be another shining example of the desirability and variety of diversions in our great city and further support for considering Glendale in your relocation and real estate plans. Please contact us if you're interested in learning more about Glendale homes.