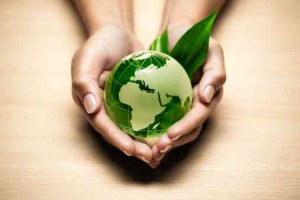 A recent report by Luci Scott from The Republic highlights how the city of Mesa has spent over $4 million in federal stimulus funds on energy efficiency projects and how it is enjoying a major return on investment. The programs are returning about $400,000 in energy costs per year, despite the fact that the $4 million spent is just a fraction of the nearly $30 billion spent in other states last year, or the $840 billion earmarked since 2009. Details of the stimulus spending can be viewed at www.recovery.gov.

The project focused on energy-efficient products and renewable energy programs. Funded by the American Recovery and Reinvestment Act, the following upgrades were made in the city of Mesa:

These investments returned over $400,000 in savings in 2012 alone, which promises to continue over the long life of these energy-saving programs. Mesa is a community that prides itself at being on the cutting edge of such efforts and servicing its residents the highest-quality lifestyle possible. These cuts in civic costs will benefit Mesa citizens via tax savings. It’s why people love living here and the real estate market remains vibrant.

If these are the kind of civic projects that appeal to you, then Mesa just might be the place to buy your next home. To learn about some of the properties for sale in Mesa, all you have to do is drop me a line.