Home Prices Continue to Creep Up in Arizona 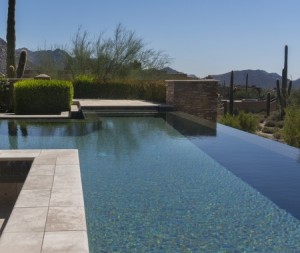 Arizona has experienced a significant growth in the housing market following the crash in 2009. For those homeowners who had seen their homes values decline sharply, this has been a welcome sight. November, while smaller than some previous months, continued this trend with higher numbers in values than the year before.

Real estate data provider CoreLogic released a report recently that has shown a 0.1 percent increase nationally in November compared to October. These numbers are slightly lower than previous numbers reported from October and significantly lower than Augusts’ numbers of 0.9. While these numbers suggest a possible decline in sales, they also do not take into effect seasonal patterns that affect home purchases. Different aspects such as cold weather and lack of sales due to the holiday season typically slow the growth and pricing of an area.

CoreLogic also reported that despite these lower numbers, home prices have rose steadily 11.8 percent nationally from the same time a year ago.  In the Phoenix area, the home prices have continued to increase, albeit, at a slower pace. However, homeowners, specifically in the Phoenix housing market, have been pleasantly surprised by the increase that keeps occurring in home values and pricing. The general consensus with many economists are that the values and pricing will continue to rise throughout 2014. However, it is expected to be at a rate that is slower than the past year and not as dramatic.

Buyers and sellers in the Phoenix housing market should expect to see some slightly higher numbers in the year ahead. For an area that experienced devastating effects during the housing crash, any increase is welcome.