Home Prices Continue to Increase Across All States 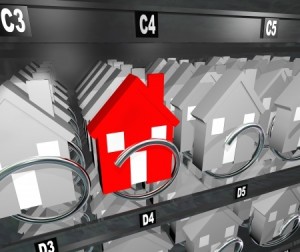 Recently there had been some thoughts that the increase in mortgage rates would affect the prices of homes entering the housing market. In the Phoenix area, while home prices have increased rapidly, there is still quite a way to go when it comes to returning to the high numbers seen before the housing crisis. According to Lender Processing Services, home prices across all fifty states are continuing to increase despite the changes in mortgage rates. Across the board, prices increased on average 1.2 percent in June compared to the month prior. Additionally there was a 8.4 percent annual gain compared to the year before. For those areas hit hardest by the housing crisis before, there was a significant gain from the month before. Arizona, which was one of four states hit the hardest, was in the top 10 out of all with a 1.2 percent monthly increase.

There were broad-based increased with price gains seen in 20 of the largest states and 40 metropolitan areas. Arizona, along with Florida, Georgia and California have all seen double-digit price gains from June 2012, the year before.  With all the gains seen, helping place the Phoenix market in a better place for home sales and overall economy, Phoenix is still lagging behind when it comes to pre housing crisis home prices. Good news for buyers, but also an indicator that those wishing to purchase a home, the time could not be better. Either way, those in the Phoenix housing market are seeing prices that are considerably higher than in years past, but still allow buyers to get more home for their money.