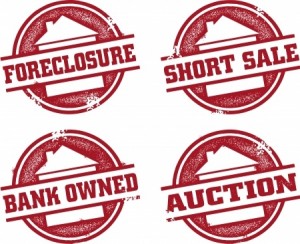 In the past year, the sale of Arizona homes have seen an increase in home prices and the amount of homes that are underwater has seen a dramatic decrease from numbers seen last year. In the third quarter of 2012, homes that had mortgages that were worth more than their value were at 39.7 percent. This year those numbers had fallen to 24.7 percent according to CoreLogic’s Equity report revealed.  In Arizona, Metro Phoenix saw the number of homes decrease to 25.6 percent from 41.9 percent this same time last year. The only places seeing a greater decrease were Miami and Tampa CoreLogic reported.

Carni Elliot, president of the Phoenix Association of Realtors, detailed stories of homes who in the years prior had seen their properties see home values $50,00 to $100,00 underwater. Those same homes have been sold at either their mortgage’s original value or showing a profit.  These numbers have encouraged Arizona homeowners to enter the housing market and increase the inventory available by placing their home on the market. In the past year, Arizona homes have seen an increase of 25 to 30 percent in price. They are numbers that have exceeded previous expectations. In the coming year, the increase is expected to see numbers in a rage of 10 – 12 percent increase.  The housing market in Phoenix has seen a rapid recovery and the number of short sales and foreclosures have decreased dramatically.  These numbers are encouraging and all signs point to even more ground being gained. Current estimates indicate that the normal growth rate may take five to seven years to reach normal levels, but are well on their way having seen a strong recovery thus far.