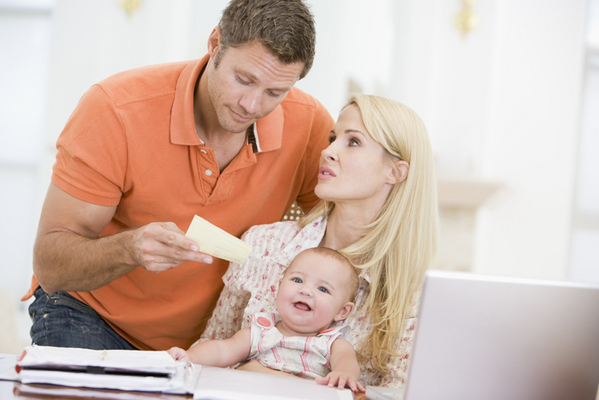 Wondering Why You Were Just Denied For That Short Sale Or Loan Modification? This Article May Explain Why.

Please Note:  This is a re-post of a blog I wrote on September 17, 2009. In February/2010, the guys at Think Big Work Small decided to use this blog as the basis of their video that ended up "going viral".  The title of their video was "The IndyMac Slap In Our Face", and I'm sure many of you saw it.

As of the re-posting of this blog, the FDIC now has 167 Loss Share Agreements in place with various lenders.  At the end of 2009, there were 94.  Also, as of today, the FDIC reports that the Deposit Insurance Fund currently has a balance of NEGATIVE $15.2 BILLION.  As many of you know, the FDIC received its funding from it's member banks, charging them annual premiums.  At the end of 2009, they forced all of the member banks to pre-pay their premiums for the next 3 years.  So, the FDIC is running $15.2 Billion in the red, and has already received its premiums for the next 3 years.  Where do you suppose they are going to get their money from now on?  Who do you think?  The U.S. Treasury. Where is the Treasury going to get their money?  By now, you should know the answer to that.  They'll get it from the American Taxpayers.  Folks, this is just another bank bailout.  Don't believe me?  Read on...

As some of you may already know, I specialize in helping homeowners avoid foreclosure through the use of short sales.  Recently, I dealt with a very interesting case involving Indymac/OneWest Bank, that I felt needed to be brought to the attention of all American taxpayers.

Basically, IndyMac Bank (now OneWest Bank), is holding one of my clients hostage, demanding a $75k promissory note, or they will proceed to foreclosure.  For the life of me, I couldn't figure out why they were doing this.  The BPO came in at the contract price of $275k, with a net to IndyMac of $241k.  What advantage could there possibly be for them to proceed to foreclosure?

Yesterday, I figured it out.  You see, IndyMac was taken over by the FDIC and sold to OneWest Bank in March/2009.  Guess who the investors are behind OneWest?  George Soros, Michael Dell, Steve Mnuchin (former Goldman Sachs executive), and John Paulson (hedge-fund billionaire).

Now, listen to the deal they got from the FDIC....

Next, in order to "sweeten the pot", the FDIC stepped in and guaranteed the following:  For any residential mortgages where OneWest experiences a loss, the FDIC will step in and cover anywhere from 80%-95% of the loss.  The loss is calculated using the ORIGINAL LOAN BALANCE, not the amount that OneWest paid for the loan.  Let's use my clients actual situation as an example:

So, you ask...Why does this program hurt short sales?  Because, our brilliant government offers this SAME PROGRAM FOR FORECLOSURES!  The only difference is, the government picks up 80% of the tab on all of the extra costs associated with a foreclosure (BPO's, upkeep, utilities/maintenance, legal fees, etc.)

So, If I'm OneWest, why would I want to waste my time negotiating through a Short Sale, when I can make the same amount of money (if not more) by just letting it go to foreclosure?  And we wonder why nobody can get a Loan Modification?  Why would OneWest approve a loan modification for this guy, when they can foreclose and make over $100k?  And, to add injury to insult, they have held this loan for 6 months!  Not a bad ROI, huh?

What infuriates me the most is that in my particular case mentioned above, they have the guts to hold my client hostage for a $75k promissory note, after they are already making more than $100k on the sale!!! This is his primary residence, 1st Position loan, and OneWest has NO RECOURSE!  Imagine if they could make $100k, then get a deficiency judgement!  Talk about making some big bucks!

Can you say "GREED"?

But wait, here's the best part...  I sent letters to Senators John McCain and Jon Kyl, with a cc to the CEO of OneWest, explaining the current loss-share agreement, as well as including the FDIC worksheets, with the actual numbers in this case, showing them that OneWest was making a profit of over $100,000 on this deal, thanks to the FDIC.  Within 24 hours, I received a response from the PR Firm representing OneWest, telling me that OneWest would dismiss the promissory note requirement, and the short sale was approved. We closed escrow 3 weeks later.  My client not only avoided a $75,000 commitment, but also salvaged his credit by short-selling his home, versus handing it back to OneWest via foreclosure.

The scary thing is that at the end of 2009, the FDIC reported that they had agreed to 94 different loss-sharing agreements (totaling $122 BILLION).  Strangely enough, the only one that I could find on the FDiC website was the OneWest bank arrangement.

This entire agreement between the FDIC and OneWest can be found here, on the FDIC website.  It's all there, for the world to see!  They have it all laid out.  All of the formulas, worksheets, etc.

Now, it's up to us to bring it to the attention of our elected officials and the media.  Enough is Enough!

Wait, it gets better...The FDIC just announced that they are "considering" borrowing money from the U.S. Treasury in order to replenish it's deposit insurance fund (the same fund being used to pay all of these banks in the Loss Share Agreements).  Go Figure! Don't believe me?   Click Here to read it.

Update 2/16/10:  On a side note, many of you have sent emails, called, and/or commented on the recent video produced by TBWS.  The day the video was released, I began receiving emails, calls, etc. from folks, asking me if I had anything to do with the video.  While the numbers they quote in the video are the exact numbers in the blog post above, I had absolutely nothing to do with it's creation or production.  Apparently, someone sent them the blog, and they produced the video with the information contained therein.  While I'm happy that the video was able to get the story out to more people (which was my original intent in writing the blog), I must say that I was disappointed that TBWS made the conscious decision to not give credit to where they got the information, either in the "1st edition" that was released on 2/8/10, or the "revised edition" that came out on 2/16/10, in response to the FDIC Press Release.  I commend them for squeezing in an acknowledgement on their 2/9/10 video, after I called Brian and reminded him of where all of their information came from.  Despite numerous efforts to contact them, they have now chosen not to respond.  To each his own, I suppose.  Either way, please know that I had nothing to do with the video, and it was done without my knowledge.