Late Mortgage Payments in Scottsdale on the Decline 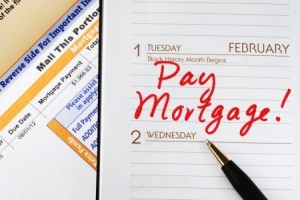 The rate of Scottsdale mortgage delinquency rate continues to decline following a year where home prices, jobs and interest rates in the area have all been increasing. TransUnion, credit researcher, has released their outlook for the year ahead based on the amount of Arizona home owners that are late on payments by more than 60 days. It is projected that the amount of borrowers paying their mortgage 60 days or more late will drop from 3.27 percent by the end of this year. Those numbers are compared to the rate of 5.11 percent of people paying late at the end of 2012. Those numbers are expected to decrease even further by the end of 2014 to a level of 3.14 percent.  Additionally, while Arizona has demonstrated historically low levels of credit card delinquency, figures are expected to remain level in the year ahead.

While at one time, Arizona mortgage holders were above the national average for delinquency rates, current studies suggest that the state’s homeowners now are below the national average.  The progress has been substantial considering that at one time Arizona was on par with other states such as Florida and Nevada for delinquency rates. In Arizona, 2010 was the peak of delinquencies in the first quarter and has seen a decline since that time. Factors that are contributing to these numbers include rising home prices in Arizona as well as low-interest rates that have given existing homeowners that chance to refinance or even sell their home. In addition, the employment totals in Arizona also continues to rise even with a slight increase in the state’s jobless rate. Employment and job seekers in the state continue to increase. Scottsdale homeowners continue to demonstrate a return to the positive return of the housing market and its aspects, encouraging the market as a whole.