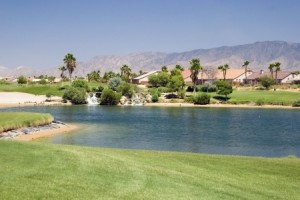 Currently, foreclosures are at the lowest point since the peak of the housing crisis three years ago. The numbers have dropped significantly, 86 percent in fact, and current home values are seeing increases of 65 percent compared to low points in 2011. “Phoenix’s real-estate market is presently transitioning from the highest number of foreclosures in our history to a period where we’ll see the lowest number of foreclosures in our history,” said Tom Ruff, real-estate analyst with the Information Market, a data service owned by the Arizona Regional Multiple Listing Service.

As of March 2010, over 5,ooo homes were taken back by lenders, many in the McDowell Mountain Ranch area. Current numbers reflect much lower averages of 697, some of the lowest numbers since 2007.

There has been some concern that the rapid recovery of the housing market is setting the Valley in prime position to see the bubble burst again. However recent trends concerning cash purchases, tighter guidelines for lending and increases in home prices, the likelihood of this occurring is low. Previously in 2011, in excess of 1500 homes sold at each month’s auctions, almost always for less than half the value of the amount owed. Short sales became popular with lenders in late 2011 when they discovered they would make more money of short sales versus foreclosures. These days, there are about 100 homes sold per auction each month, a huge difference.  “Most lenders are still encouraging homeowners facing financial hardship to use short sales as a preferred alternative to foreclosure,” said Mike Orr, real-estate analyst with the W.P. Carey School of Business at Arizona State University. “But rising prices mean that fewer people are underwater on their mortgages, eliminating their need to negotiate short sales.”