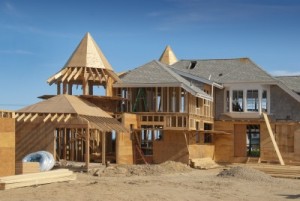 Just a few years ago, the number of new homes being sold and built declined sharply due to a collapsed housing market. Arizona was high on the list for areas that new home sales had slowed to a trickle. Times have changed, and the Desert Ridge area is no exception. Over the past few months, Desert Ridge home buyers have increasingly looked to new home sales in response to a declining home inventory. It doesn’t seem to matter if it is a regular sale, short sale or foreclosures, the inventory has gone down to such a degree that buyers are starting to look again at building their new home from the ground up.

In the May Market Report 2013 by Corelogic, residential property research and services firm, it was reported that new home sales have seen an increase of 19% compared to March of 2012.  They report the recovery of new home sales, such as those seen in the Desert Ridge area, are strongest in the Western area of the United States.   The sale of distressed properties has fallen by one-third percent within the past year. However, with this new trend the prices of these homes have begun to rise.  New home prices are up 10.5% as of March 2013. Prices have been reported to have increased in some areas as much as 80% compared to March 2013.

For those looking to purchase a home in Desert Ridge, the time has never been better. Whether you seek a new home or an existing property, the choices are there, but don't delay.