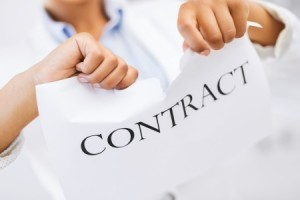 In January, new mortgage rules are due to take effect and could make it more difficult and expensive for some borrowers. The Standard and Poor’s Rating Services reported that some borrowers in Phoenix, as well as nationwide, would feel the effects of these changes. January 10th is the date set for the new Qualified Mortgage and Qualified Residential Mortgage standards rule changes to take effect. The main focus behind the changes was to safeguard against borrowers taking out loans they are not able to repay.  Included in the changes are limits on a buyers total debt load, mortgage rates and fees assessed that are likely to result in a borrower defaulting on their loan.  While the new changes aren’t a mandatory set of rules, those lenders who choose to adopt by them will find protection against lawsuits from borrowers who claim they were sold loans they could not afford, should they default at a later date.

Those who are likely to be most affected are those who are self-employed and those in the upper income bracket. Interest only loans are expected to become almost impossible to obtain with these new guidelines set forth.

While these changes are making headlines, there are some in the industry who feel the changes will not affect the masses. Much of the middle class do not seek interest only loans and current lender practices have adopted some of these changes with their lending practices already to limit the amount of high risk loans made. An executive with the Center for Responsible Lending, Eric Stein, told the New York Times he “expected that most borrowers would see little change come January, as most loans currently being approved already meet the QM guidelines.”

Current lending practices limit the debt of a borrower not to exceed 43 percent of total income. Additionally, the total amount of fees cannot exceed 3 percent and mortgage rates cannot go past national average levels by more than 1.5 percent. In the Phoenix area, the previous housing crisis had many lenders tightening their practices for borrowers in the area. Currently, the lending practices that have been in place in Phoenix closely mirror the new overall changes so the impact on those borrowers in the valley is expected to be minimal.