OneWest Short Sale Dept Gets Caught In A Lie- In Writing

OneWest Short Sale Dept Gets Caught In A Lie-In Writing

Today, we once again caught OneWest in a lie, but this time they screwed up and put it in an email to us. Let me explain what happened.

We turned in a short sale package on August 16, 2010.  First, they told us that they couldn't accept the complete Arizona pre foreclosure package because we had the wrong property address.  Come to find out, THEY recorded the original deed incorrectly when my client closed on the property in 2004.  So, two weeks later, and several futile escalation attempts, they fixed the problem.

Fast forward to yesterday (Monday, September 20th).  With a foreclosure auction date set for this Wednesday, we have been hounding the OneWest Short Sale Department, begging for an extension on the auction date.  Yesterday (just two days before the auction), a Senior Escalation Specialist from OneWest sent us an email, saying that the investor had denied our request for the extension, and there was nothing he could do about it.  So, we emailed back, asking who the investor was.  He emailed us back, saying that it was Fannie Mae.  Needless to say, we didn't take his word for it.

First, we looked at the Fannie Mae website, and determined that they did not own the loan.  Just to be absolutely sure, we contacted a VP at Fannie, and he confirmed that Fannie DID NOT in fact own the loan.

Next, we sent a letter to our "Senior Escalation Specialist", as well as several other senior contacts at OneWest, demanding an explanation.  As of today, we've heard nothing back.  Once again, OneWest wins, homeowner loses.

Many of you have read the blog I wrote back in September/2009 titled "Is The FDIC Killing IndyMac OneWest Bank Short Sales & Loan Modifications?".  This was the blog that led to the TBWS video titled "IndyMac Slap To Our Face" (without my knowledge, by the way).  If you haven't read it already, please do so before continuing.  The rest of what I'm about to say will make much more sense. 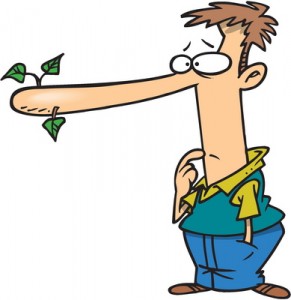 The reason OneWest lied to us and said that the loan was owned by Fannie Mae is simple.  They do not want people to know about the voluminous amounts of money that they are entitled to under the loss share agreement between OneWest & the FDIC.  Nevertheless, we reminded them of that today, as well as Senators John McCain and Jon Kyl, and Sheila Bair of the FDIC.  In the past, this little "reminder" tactic has worked.  Not only for my clients, but the clients of several other real estate agents across the U.S.

What does OneWest (as well as all other lenders) say when we ask them who the investor/owner of the loan is?  "Our policy does not allow us to tell you who owns your loan".  Why do you suppose they don't want you to know this?

Number one, the LAST thing they want is for you to call the investor directly to verify what they are telling you.  I'd be willing to bet that the investors that own these loans (most of which have been sliced and diced beyond recognition) would love to see the games that OneWest Bank is playing with their money.  ONE WOULD THINK that our government would want to see it as well. After all, one of the "rules" that is set forth in the FDIC loss share agreement is that they are to be policing these loss share participants, to make sure they are doing everything they can to help homeowners avoid foreclosure (i.e. loan modifications).  We all know how well the banks are doing on loan modifications.

When I originally wrote the FDiC OneWest IndyMac blog in September/2009, there were 93 loss share agreements in place.  Today, at last count, there are 167.  And oh, by the way, the FDIC is broke as well.  On August 31, 2010, they announced that they currently have a balance of NEGATIVE $15.2 Billion.  This of course, after they forced all of the banks to pre-pay their next three years of premiums.

What we are experiencing is simply another bailout of the big banks, disguised as a loss share program. Now, some will argue (including the FDIC) that this is NOT a taxpayer-funded bailout, as the banks are the ones that pay the premiums, not the taxpayers.

So, am I missing something here?  The FDIC just collected the next three years of premiums from the banks, and are still in the hole $15.2 Billion.  Where do you suppose they're going to get money over the next 2 years? I rest my case.

I recently had a professional in-studio 5 minute "documentary" on the FDIC OneWest fiasco, and the failure of the government programs that keep getting announced.  We are going through the final editing stages now, and I will be releasing it later this week (hopefully).  I will definitely be releasing it here, in the form of a blog post.

In the meantime, I'll keep writing these blogs, with the hopes that someone in Washington finally "gets it", and stands up for the homeowners in this country, rather than the banks.

Forward these blogs to everyone you know.  Who knows, maybe one of these people in Washington will finally wake up.