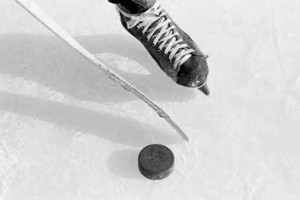 After a marathon 16-hour session, the NHL returns to Phoenix. Four months of negotiation lead up to an early morning deal this past weekend that will see the Coyotes begin action no later than January 19. They are projecting anywhere from 48-50 games in the strike-shortened season but fans will take 80% of a season rather than no season at all. And one Phoenix player was right in the thick of the deal-making: Captain Shane Doan has been very active during the time off and was the one who sent a team-wide text to let his battery mates know that play was about to resume. The news was welcome indeed. Forward Dave Moss said, “The players are happy to be getting back on the ice,” while his counterpart, forward Radim Vrbata added, “It was exciting and a little hard to fall asleep again.”

The fractured negotiations had been refueled in December, helped along by the presence of a federal negotiator spurring both sides to come to an agreement. Of course, that is not the only issue concerning Phoenix hockey fans; there is also the issue of resolving the ownership. The potential buyer, Greg Jamison, has an arena deal worked out in Glendale and all signs point to him taking over the team by the end of the month. And let’s not forget that the Coyotes are beginning to build on last year’s success, which included the franchise’s first division win plus an appearance in the Western Conference finals.

And it is that success which has Coyotes’ supporters greeting this development with tremendous anticipation. Phoenix and the surrounding area has a long history of supporting its sports franchises and the hockey fans have been rabid to see their favorite Coyotes back on the ice. The region, after all, is one of the few four-team professional sports cities in the country, with the Coyotes, Diamondbacks, Cardinals and Suns. It is one of the great amenities of living in Phoenix.

For more information about Phoenix homes for sale, please contact me today.