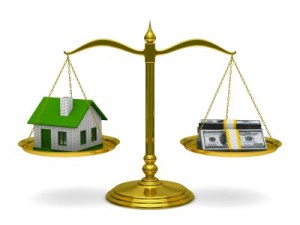 In the past year, the Phoenix housing market has seen a rebound from the housing collapse that can only be summed up as strong. During the precious housing crash, Phoenix experienced a decrease in prices and an increase in inventory. However, since March 2012, the national market has seen an increase of 11%. In contrast, Phoenix has seen those same housing prices rebound a staggering 30% in the same time period.  As with other markets, the rise was influenced by the decreasing number of homes available, making for tight supply. As of May 2013, Phoenix currently holds a 2-3 month supply of homes comparative to the national average of 4.6 months. The decreased number of available homes in the Phoenix area has sped up housing recovery overall in the area. This available number of homes is down from a “normal” national average of 6-7 months back inventory.

The rapid increases in both values and prices have made Phoenix more attractive for sellers and buyers alike. Current trends, while having been positive overall, are thought to begin tapering to normal levels within the next year. During the previous housing crisis, housing prices fell almost 60% in the Phoenix area. While home prices have risen since then, there are many homes still reaching their true purchase price. Once home prices have risen enough to allow homeowners to possibly profit from their existing home or simply break even, it is possible a larger number of homeowners will decide to put their home on the market, increasing inventory in the area. The prices in the area are expected to level off as well closer to normal levels. Phoenix and the National housing market, both saw violent swings when it came to the housing crisis of past. Nonetheless, the national trends have been similar in Phoenix and those areas should also see prices limited in increase and inventory become more plentiful.

I am a local Phoenix real estate agent.  If you are interested in seeing homes for sale in Phoenix please contact me today.