Scottsdale Homes for Sale Seeing Increase in Value and Pricing 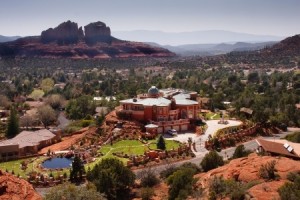 In the past year, Scottsdale homes for sale have seen a decrease in foreclosure activity, a decrease in investor influence and a return to increasing home values and prices. A report released by Arizona State University indicated that this summer, Scottsdale homes and the housing, market in general were looking more “normal”. After two years of an overall home shortage, there is an emergence of balance between buyers and sellers. In Scottsdale, while the recovery has been rapid and positive, there are still places to improve. The new home market for Scottsdale homes are still depressed with rates at less than a third of what is needed to accommodate the growth of population.“Change is in the air. Several factors are pushing the market away from extremes and back toward normality and balance,” said Michael Orr, the report’s author and real estate expert at ASU’s W.P. Carey School of Business.

There was minimal change in the average single family home price in July of 2013. However, the increase in comparison to a year ago was up 30 percent to $194,150.  The price per square foot also saw an increase of 24.3 percent increase the current year to $118.62.

Another area that had impacted the Scottsdale housing market, foreclosure activity, has taken a dive to be in stark contrast to the peak seen in 2009. In July of this year, the number of homes seeing a start to foreclosure dropped 61 percent compared to a year ago. The amount of foreclosures completed was down 56 percent for the same period.