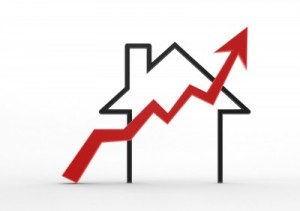 Over the past few years, Arizona companies have taken a hit when it came to overall productivity and expansion. The result of which also had demonstrated Arizona, and its housing market as less relevant than in times past.  With the addition of some major companies and the resulting stock sales, Wall Street as a whole has taken notice of the rise in Arizona’s economy. The number of public corporations choosing to make Arizona their headquarters is on a steady rise for the first time in three years.  With the addition of major companies in Arizona, the effect on the surrounding real estate market has been positive. The influx of companies has increased the amount of jobs available for both local residents and those choosing to follow companies here.  Additionally, with the increase in population, the housing market is seeing a positive increase in sales as well. Almost every area of Phoenix and its surrounding areas have seen a decrease in foreclosure and short sales as the economy continues to grow. Investor purchased properties are being replaced by traditional home sales.  As time goes on, more and more companies are seeing the benefits to having their headquarters in Arizona and the state as a whole is seeing the positive effect throughout the economy.